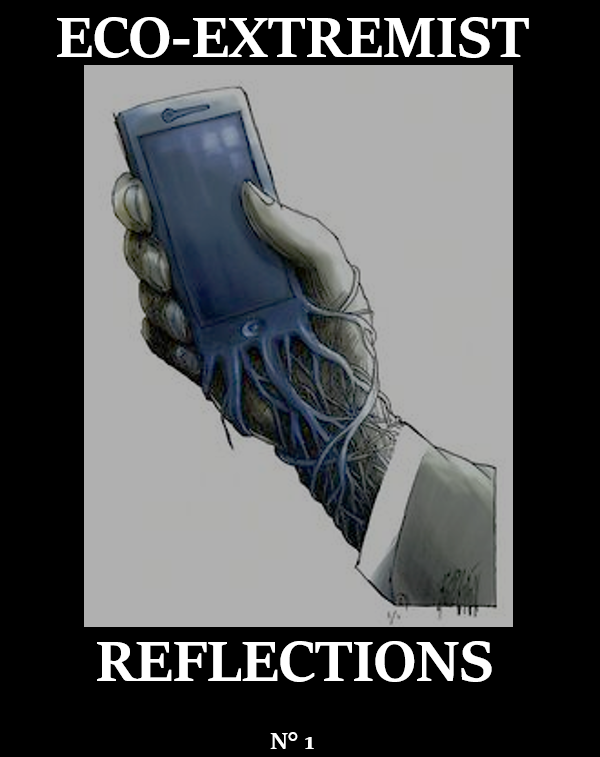 This project of “Eco-extremist Reflections” arises with the idea of gathering all the reflections, both older and more recent, within the scope of eco-extremist theory, in order to facilitate their access to the interested individualists. Since many of them are of a great value and its reading is very important to the strengthening of ideas and practice against the modern human and the techno-industrial civilization. We will divide them into themes and soon we will be publishing all we can collect from blogs, files, books, magazines and so on.

In this first number, we include some older reflections, which fulfilled the duty of discarding concepts and moralities that limited those who at the time, were approaching what we now call eco-extremism. Sterile and expired concepts such as “veganism”, “liberation” or “solidarity”. And finally, four texts of egoist-individualist orientation, one of them taken from the magazine “Ash and Ruin”, an other one from Crimelle et sauvage and the final two from the northern areas of the “Mexican” territory.