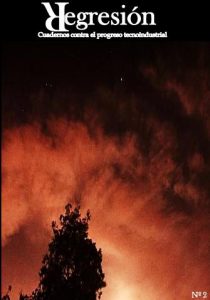 According to the official history, in 1519, the Spanish arrived in what is now known as “Mexico”. It only took three years for the great Aztec (or Mexica) empire and its emblematic city, Tenochtitlán, to fall under the European yoke. During the consolidation of peoples and cities in Mexica territory, the conquistadors’ influence increasingly extended from the center of the country to Michoacán and Jalisco. The conquistadors were there to stay, and the resistance of the indigenous peoples did not seem to pose much of a problem. This continued to be the case until they arrived at the northern territory of the Chichimecatlalli. The northern regions of Mesoamerica were an unknown and dangerous place, known now as the Great Chichimeca. Here, many groups of nomadic hunter-gatherers from many ethnicities had wandered for hundreds of years. The Aztecs, Otomis, and Tarascos tried at times to conquer these lands, but they were never able to do so. The Aztecs even called the Great Chichimeca, “Teotlalpan tlacochcalco mictlampa,” translated as “the northern land where death hides”. In 1526, Hernán Cortés himself wrote that, “There is a certain people who are called Chichimecas, they are a very barbaric people… I am sending now sixty horsemen and two hundred foot soldiers… to find out the secret of this province and those peoples… and if they refuse to be obedient we will wage war on them and take them as slaves… and thus Your Majesty will be served and the Spanish will benefit from taking the gold from the mines…”

According to the chronicles of Fray Bernardino de Sahagún, the Aztec emperor Moctezuma Ilhuicamina,  who governed the empire from 1440 to 1469, in a meeting he had with the elders of the city stated: “We must construct our history, because we still pass through the Valley of Mexico like Chichimecas, and this cannot be. Thus, we must erase the past Chichimeca history and construct another: the history of how we are the civilizing people, how we are the builders of the great Tenochtitlán.”

The word “Chichimeca” itself has always been used to refer to the uncivilized savages who had rejected sedentary living and continued to follow the customs of their most primitive ancestors. This was the case even though there were Chichimecas who were completely “sedentary”, among these, the Caxcans, the Pames, the Tecuexes, etc. This type of Chichimeca had embraced sedentary living and agriculture. On the other hand, the Zacatecos, the Huachchiles, and some Guamares were entirely “savage.” They were expert at the hunt with bow and arrow, they wandered the mountains naked, they painted their bodies, they wore jewelry made from bone and animal teeth, they scarred and tattooed themselves, they had long hair going down their backs, and they were hostile to any intruder or outside threat. Thus, the term “Chichimeca” can fail to be very descriptive. The governor of Texcoco, Netzahualcoyotl, was Chichimeca. Juan Diego, who supposedly saw the Virgin Mary on the hill of Tepeyac, was also Chichimeca. Those who killed friars with bows and arrows and adorned their hair with the scalps of the Spanish during the Mixtón conflict were Chichimecas as well. Thus, I have written this text in order to have a solid and concrete definition of the term, “Chichimeca” and to differentiate between the sedentary Chichimecas and their barbarous counterparts. We will the use the term “Teochichimeca” to refer to those Chichimecas who were completely savage in order to not fall into ambiguity when approaching this subject.

The seed of confrontation: The Mixtón War

During the period between 1520 to 1531, various provinces were constructed upon the ruins of Aztec civilization. Two of the most important ones were New Spain and New Galicia. The latter occupied a territory covering the present states of Jalisco, Zacatecas, and Nayarit.

The conquistador Nuño de Guzmán was charged with subjugating the sedentary and nomadic peoples of New Galicia. His governance was characterized by the excessive use of force against the natives, and he meted out deadly punishments to those who refused to be enslaved. During these years, the conquistador worked faithfully for the Crown and the Catholic faith. Even though he was later imprisoned for his brutality against the Indians, the memory of his deeds persisted in the minds of the indigenous peoples up to the day that the rebellion started.

By 1541, the natives had had enough of the mistreatment and decided to defend their way of life, their beliefs, and their ancestral lands. They began to rebel first by not attending Mass. Their discontent deepened when the friars ordered soldiers to bring them to the churches by force. It was at this point that many historically sedentary peoples abandoned the Spanish towns and fled into the hills. They adapted themselves once again to semi-nomadic hunter-gatherer life. In the mountains they began to encounter other indigenous peoples who had decided the same course of action. Thus, after some gatherings of tribes and their leaders, known as “tlatoanis,” the general revolt began. With the cry, “Axcan kema, tehuatl, nehuatl!” (Until your death or mine!), the armed groups of native peoples attacked the Spanish soldiers, burning their monasteries, churches, and small towns. They ambushed and killed friars, Spanish citizens, blacks, women, mulattoes, and the Indians allied to the whites, as well as cattle and horses.

After many attacks, the warriors assembled at Mixtón Hill, where they attacked the Spanish cavalry that was sent by the governor of New Galicia, Cristóbal de Oñate. At the same time, missionary friars also climbed the hill to try to achieve peace through their preaching of the Gospel.  According to the chronicles, the Franciscan Juan de Calero tried to dialogue with Bible in hand, to which one of the warriors angrily replied, “You will no longer preach to us things concerning heaven or hell, we do not want your doctrine!” After saying this in the native tongue, the warrior killed the friar using arrows and spears.

Fernán Gonzales de Eslava had this description of the barbarians: “In their fury, I found that they have all evils within them, and with their hellish arrows they left not one missionary alive.”

The Europeans launched many attacks against the rebels of Mixtón, all of which failed. The rebels also managed to seize many cities, including the city of Guadalajara itself. Oñate then called upon Captain Diego de Ibarra, who was an expert in military strategy. The captain tried to lay siege to the rebels on multiple occasions without result. His army continued to lose soldiers and cattle to the indigenous bow and arrow, and it was thus demoralized from suffering such heavy losses. The rebels mocked him from the top of the hill after winning each battle.

But the natives also had another thing in store for Ibarra and his men, a blow so strong that it would make the Viceroy of New Spain, Antonio de Mendoza, and the whole Council of the Indies tremble in fear. On April 9th, 1541, knowing full well the natural cycle and tending toward the wild in their favor, the natives took advantage of a solar eclipse to surprise attack the Spanish and slaughter most of them.

This blow was so severe that the Viceroy summoned a known conquistador who had been the former captain of Hernán Cortes, one who had assisted him in defeating the jaguar and eagle warriors who defended Tenochtitlán. The same overconfidence and megalomania would have him fall before the barefeet of the savages of Mixtón. We speak of course of Pedro de Alvarado.

Alvarado was confident that he could control the situation, and decided to go there directly along with his men and those of Ibarra to the Peñol de Nochistlán, another fortified hill the rebels occupied. Alvarado chose not to wait for reinforcements and was defeated in a bloody battle with the native warriors.

On June 24th, during a great battle in the forests of the Peñol de Nochistlán, the arrows, spears, and rocks would put to flight Alvarado’s Spaniards. They were so frightened by the cries and frightening appearance of the savages that they lost control of their footing and tumbled over each other like a human avalanche. Alvarado also was injured, having received various arrow wounds from points specially designed to pierce Spanish armour. His horse also fell on him and fractured many of his ribs. He was left sprawled out and badly wounded.

On July 4th, Alvarado died of the wounds that he received at the battle of Nochistlán, having lost the battle to those he had dismissed as primitives inexpert in war. At his height, Alvarado could defeat the best warriors of the Aztec military elite, but he could not overcome the wild hunter-gatherers.

This was another bad blow to the whites, who were realizing that their kingdom was in imminent danger. The Viceroy Mendoza was unsettled and extremely concerned with these losses. The rebellion had extended to Michoacán where various Purepechas had taken up arms alongside the (Teo)chichimecas. He commanded more allied indigenous peoples to be summoned to fight their related ethnicities; in this force were many Mexicas, Tlaxcaltecas, Xilotepecas, Huejotzincas and others who were mixed into with the Spanish army in order to exterminate the rebels. The chronicles recount how 50,000 men fiercely attacked the renegades and made them retreat from the cities that they had taken. The savages of Mixtón as well as those at Nochistlán fell to the superior numbers of the Spanish and indigenous allies in 1542.

Extermination was inevitable, and thus another episode of native resistance against civilization and progress ended. Many of the savage warriors died in the battle because they were not prepared to negotiate their liberty, nor would they accept the mandate of their new rulers. They chose to die rather than accept the customs and beliefs of the foreigners. Those who survived continued the fight, but not with the same effectiveness of the general uprising. The flame of conflict continued to burn, however. The Mixtón War was only the beginning of a larger conflict, the Chichimeca War: the largest and bloodiest native war in North America, one which would last a little more than fifty years.